A laugh for every emotion

Did any of you recognize anything particular about Michael Fassbender’s laugh?
I did, and I want to try to explain it.

Michael Fassbender does not do comedies. In fact, his best role was the lead in Shame, a drama written and directed by Steve McQueen about a (socially) disturbed sex addict. It is the least sensual film about any related topic you can imagine. You should watch it. Superb acting.
So Fassbender’s job is not being funny or (pretend-)laughing about other people’s jokes. His job though is, like any actor, to present himself at red-carpet events, like he does here: 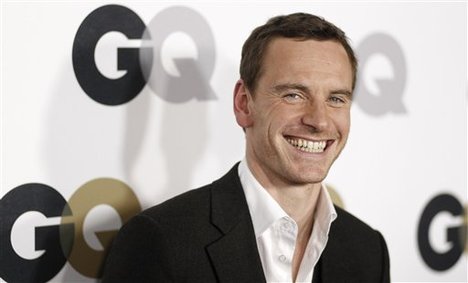 Looks quite sincere, doesn’t it?
Or does it? 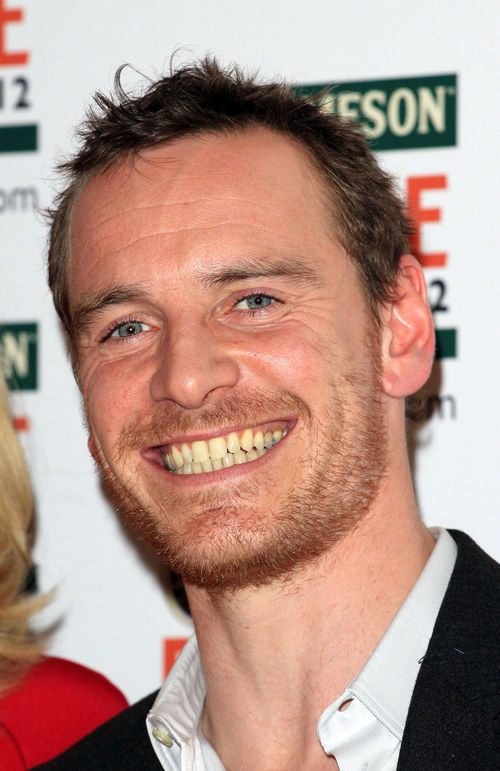 He could also be thinking: “Hahaha, that effing a**hole doesn’t know that he’ll be fired after this gig. It could also very well be the laugh of someone who has just tricked somebody and laughs out of joy over that person’s approaching doom.
You just don’t know. And that’s the beauty of it. A controlled laugh means enormous power. Power to trick people into thinking whatever you want them to think. To comfort them. To scare them. To toy with them.
This power is essential to his job as an actor.

Maybe he is such a great actor because his laugh bottles something deeply human: Nobody is entirely good or entirely bad. Neither entirely happy, nor entirely sad. Everyone is something in between and the line between good and bad, happy and sad is large. His laugh can walk that line entirely.

The power of his laugh became clear to me after watching The Counselor. The movie felt uneventful, but made up for it with the performances of Fassbender and Javier Bardem (who is a whole different phenomenon all by himself). Fassbender, a born German who grew up in Ireland, did what he already did excellently in Shame: He played a fragile, insecure character, without quite revealing to the audience what was going on with him, but still giving in to his minute-by-minute-growing powerlessness. His laughs never undermined his character’s insecurity, but only reinforced it. Until there was no reason to laugh any more.

I’m looking forward to 12 Years A Slave and the untitled project he’s working on opposite Christian Bale and Ryan Gosling with Terrence Malick.

Gravity is an amazing movie. Not because I like George Clooney (which I do), not because Sandra Bullock gave an amazing performance from start to finish (which she did) and not because the story was “something else”. In fact, the story... Continue →